Setting up a business in Portugal: The Talent Dream Land 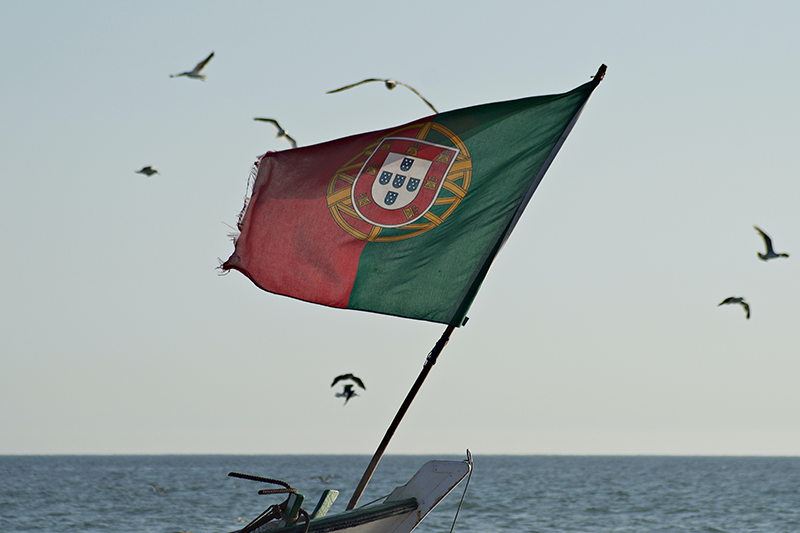 Portugal isn’t just an Eldorado for tourists looking for great cuisine and endless days of sunshine. It’s also one of the best start-ups & business destinations in Europe and a top tech hub worldwide.

Historically, the country was the starting point for maritime exploration. ​​Today instead, the world is coming to Portugal. In 2020, for the fourth time in a row, Portugal was elected the World's Leading Destination by the World Travel Awards, with Lisbon scoring “World’s Leading City Break Destination”.

More than just a travel port of call, people are also moving to the country to work and live, with a significant increase in the expat community in 2020 and 2021. In fact, with a population of roughly 10 million, a GDP per capita of around $22,000 and arguably one of the best weathers in the world, Portugal consistently ranks amongst the best places to live for expats. A safe country (Portugal ranks in the top 15 in the Global Peace Index) with top-notch infrastructure (96% of the country enjoying 4G coverage), Portugal is seen as a great mix between EU stability, relatively cheap cost of living, high national English proficiency, and a great entry point into the EU's massive 500 million+ consumer market.

Although the local start-up ecosystem is relatively small compared to hubs like Paris, London and Berlin, the country is an international tech hotspot, hosting the annual Web Summit as well as a number of other tech events. It has also contributed significantly to the European Unicorn count: six companies with Portuguese DNA now have the 1B valuation - three of them in 2021, Feedzai, Remote and Sword Health. Portugal is also on the radar of several international companies looking to hire tech talent in Europe.

Google, Uber, PipeDrive, Salsify, Cloudflare and even Volkswagen and Mercedes-Benz, recently opened new technology-focused hubs in Portugal. Pipedrive announced their new office in Lisbon pointing out the language skills and the pool of technical talent amongst several reasons to choose Portugal to open their third location. Salsify started its international expansion with Portugal, noting as key reasons for the decision; the business climate, weather, start-up ecosystem, language skills, and ultimately, the people. As for Cloudflare, the choice was made after analysing 45 cities across 29 countries. Lisbon was selected based on the combination of a large and growing existing tech ecosystem, attractive immigration policy, political stability, high standard of living, as well as the time zone and direct flights to San Francisco.

The advantages of having a team in Portugal

It is not just big companies that are choosing Portugal as a location. Smaller American and European start-ups are also setting up a business in Portugal, increasing their presence in Europe, solving their hiring problems while reducing their burn rate, and operating from a multicultural, well located, warm and welcoming country.

Jungle AI, for example, had no intention of relocating from Amsterdam to Portugal, but quickly realised that the answer to the hiring troubles they were experiencing in the Netherlands could be found in Lisbon. Shiptimize was also drawn from the Netherlands to Lisbon but for different reasons. They wanted to expand the company’s automated shipping service into Latin America, and chose Portugal over Spain due to higher levels of English language proficiency.

Although growing in popularity, Portugal is still an affordable Western European destination. The high standard of living at a fair cost, and access to the borderless European Schengen area appeals to digital nomads, skilled workers, and entrepreneurs. Lisbon, its capital, is a charming mix of Paris and San Francisco, at a fraction of the price. With a median rent of $1100 for a medium apartment in city center and daily living costs on average 45% cheaper than in San Francisco, having a permanent local team is also significantly more affordable than in other western cities. In Portugal, it is possible to have a well-located office with all the amenities and hire top talent for a third of what it would cost in major US cities and about half for most European cities.

Because of the high English proficiency and top-ranking technical and business universities, Portugal is often sought to establish tech, customer success and product teams. Developers are definitely the local gem. Around 7,000 ICT students graduate every year from Portuguese universities, while informal education is gaining momentum and credibility. Self-teaching and coding boot camps are popping up across the country and adding to the talent pool.

If you are looking to hire a team in Portugal, get in touch today!

Written by Elisa Tarzia, at Bridge In